Antichrist Donald Trump’s Come-back, Number 17, Huge Signs showing that something huge is coming from day to day, God’s Judgement is upon us!

First, I invite you to watch this video before to read the following article:

NOTICE: As you can see, Youtube has banned it … they don’t want you to know the truth.

Obviously, there is something which is going on with the number 17 which is popping up again and again in the news. 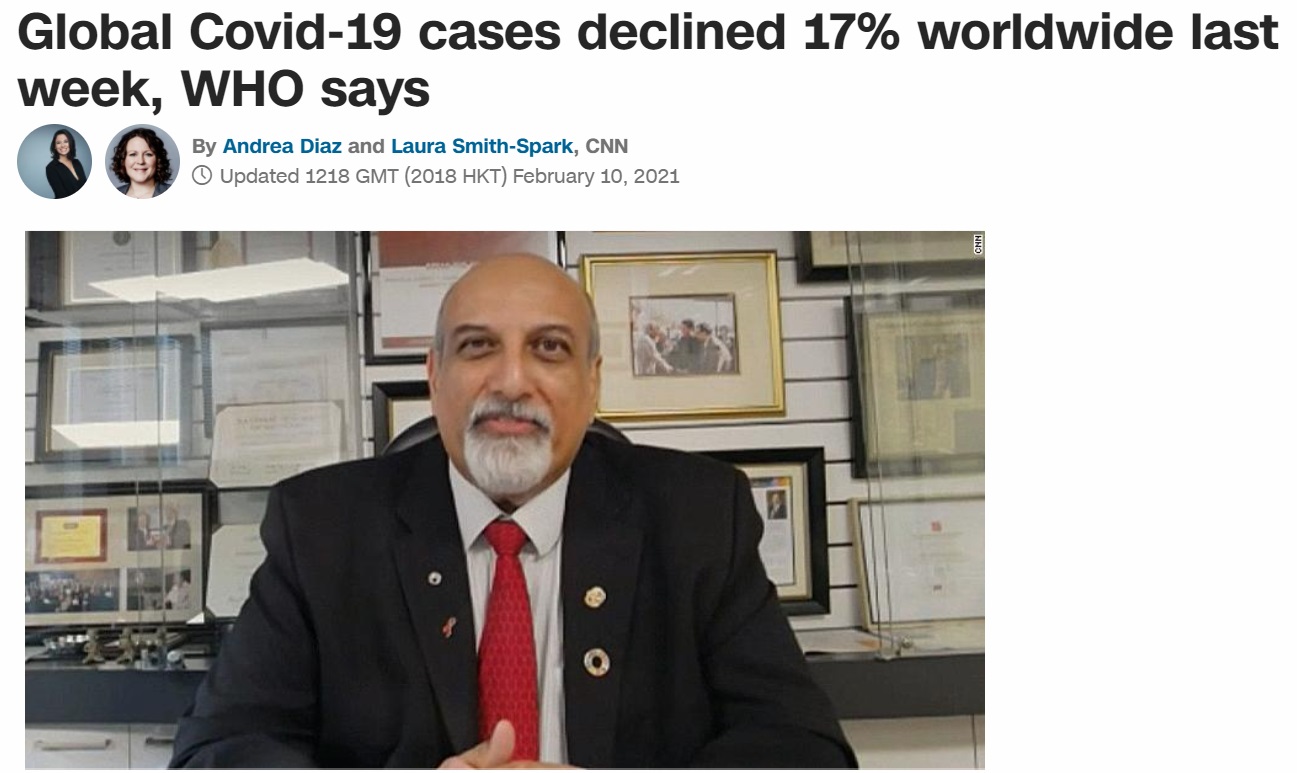 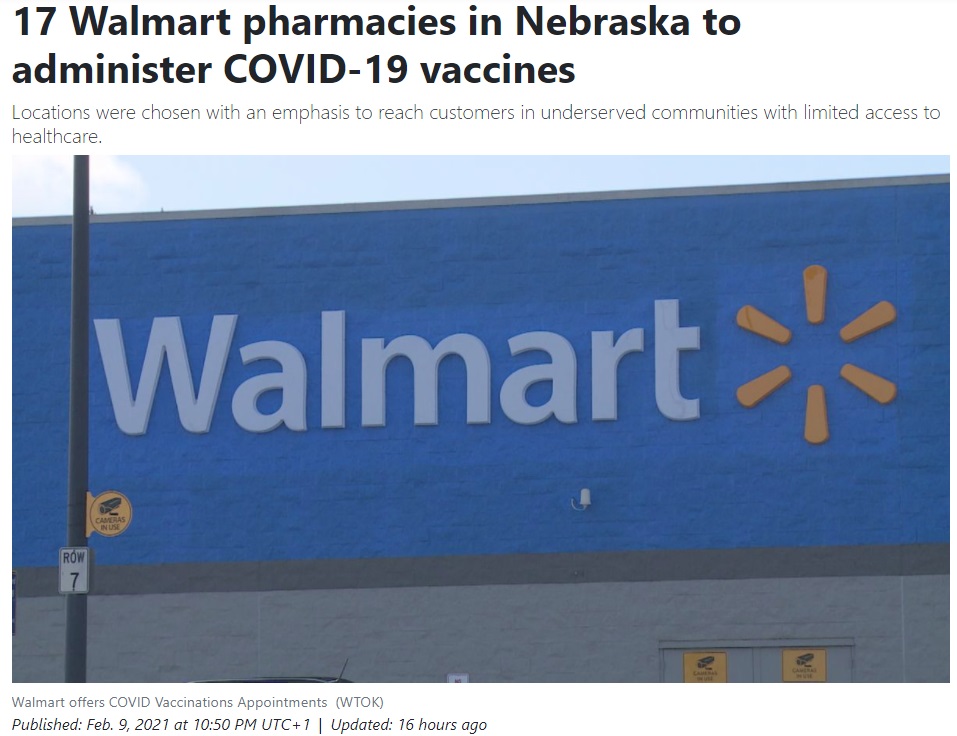 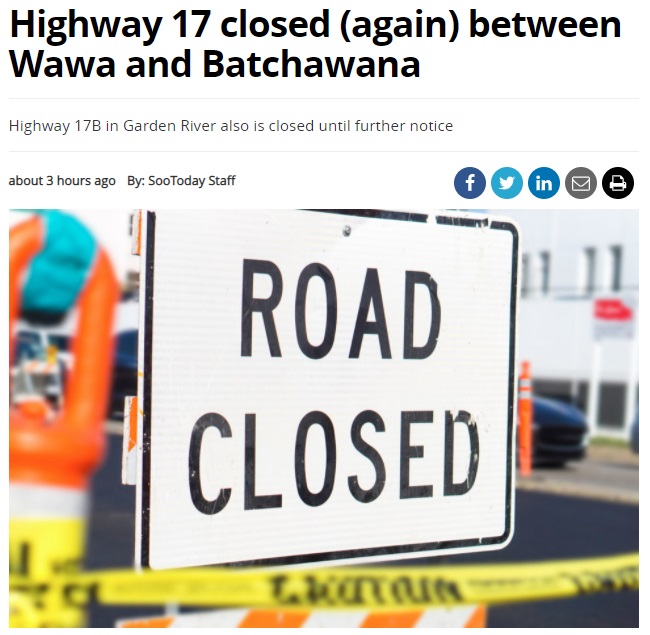 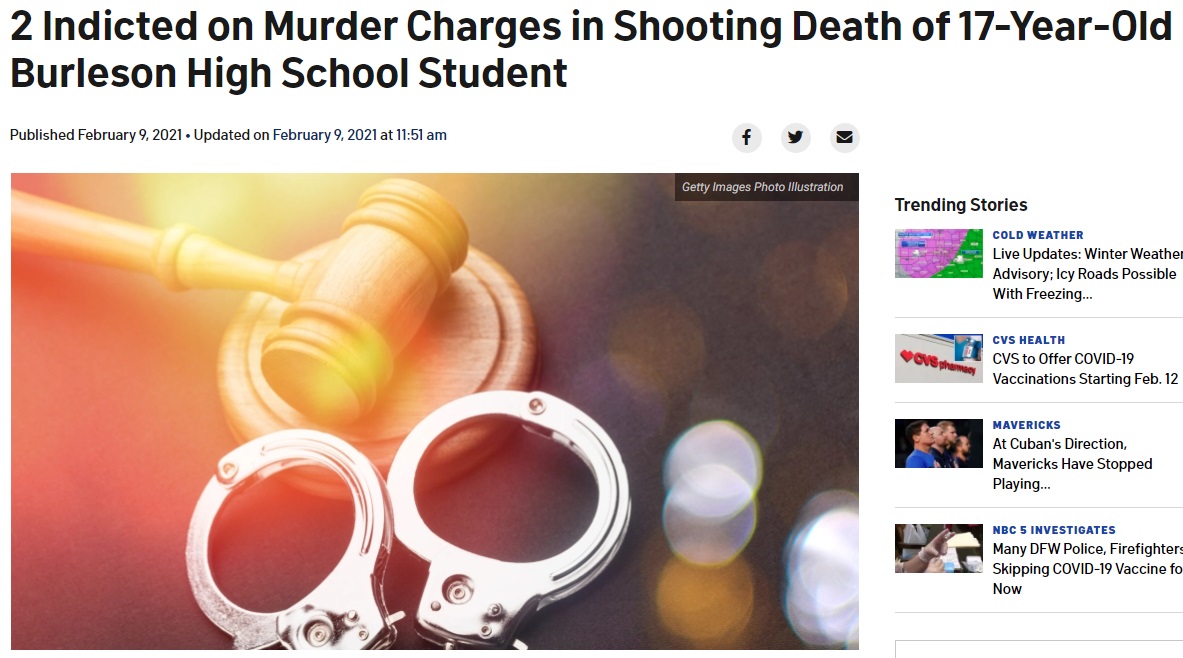 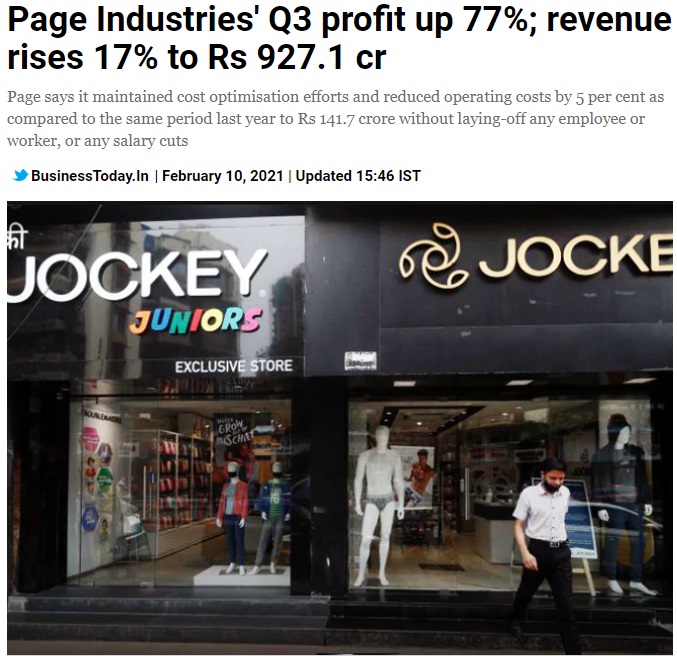 17 stands for Q, the 17th letter. Q is this “mysterious” figure, actually Satan himself, who is behind the QAnon movement. The goal of this movement is to spark a world revolution, which is the necessary step before entering the New World Order and the reign of the Antichrist Donald Trump. 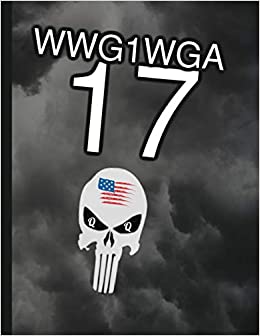 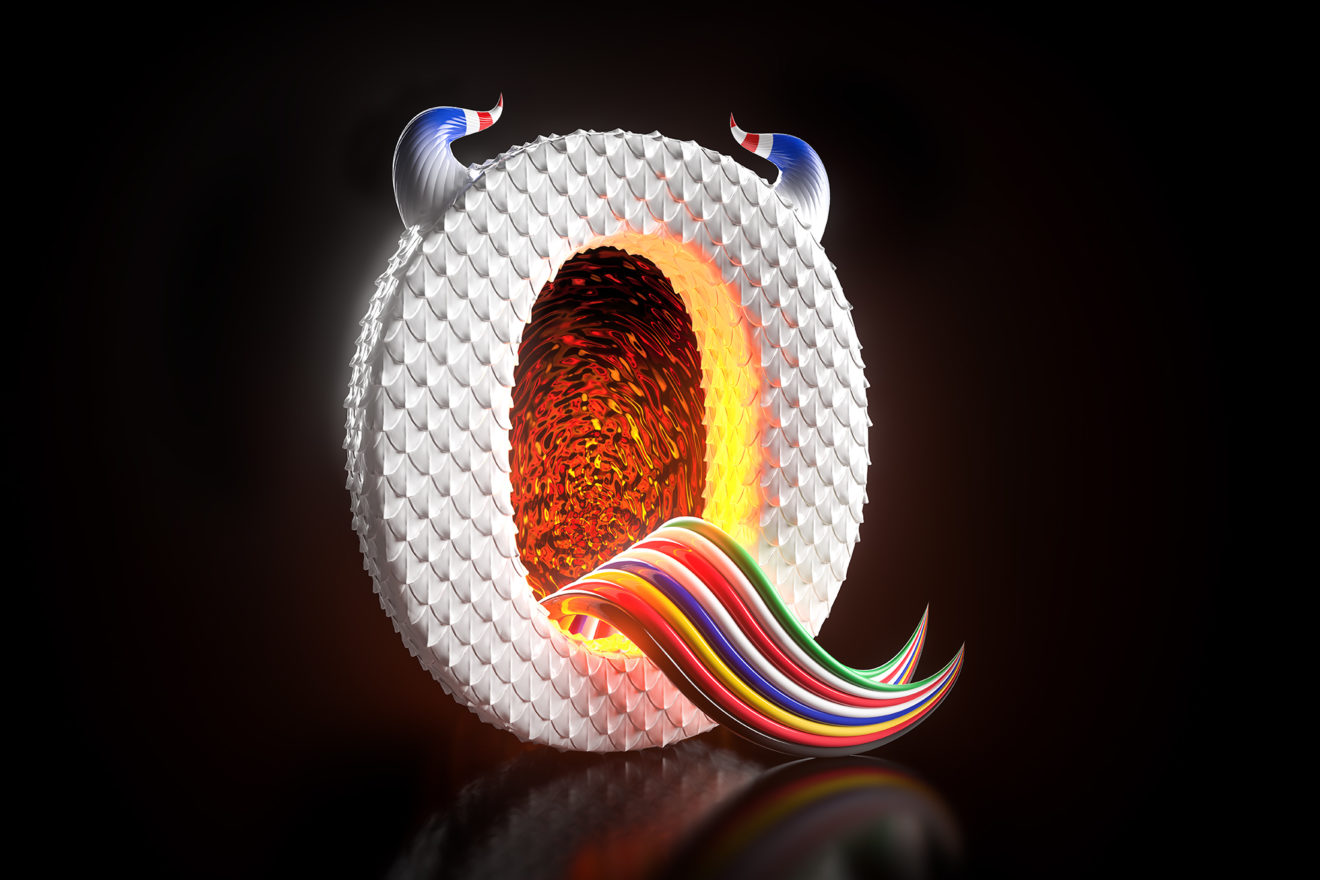 The QAnon network is actually led by demons in human shape, and their goal is to mislead all truth seekers. 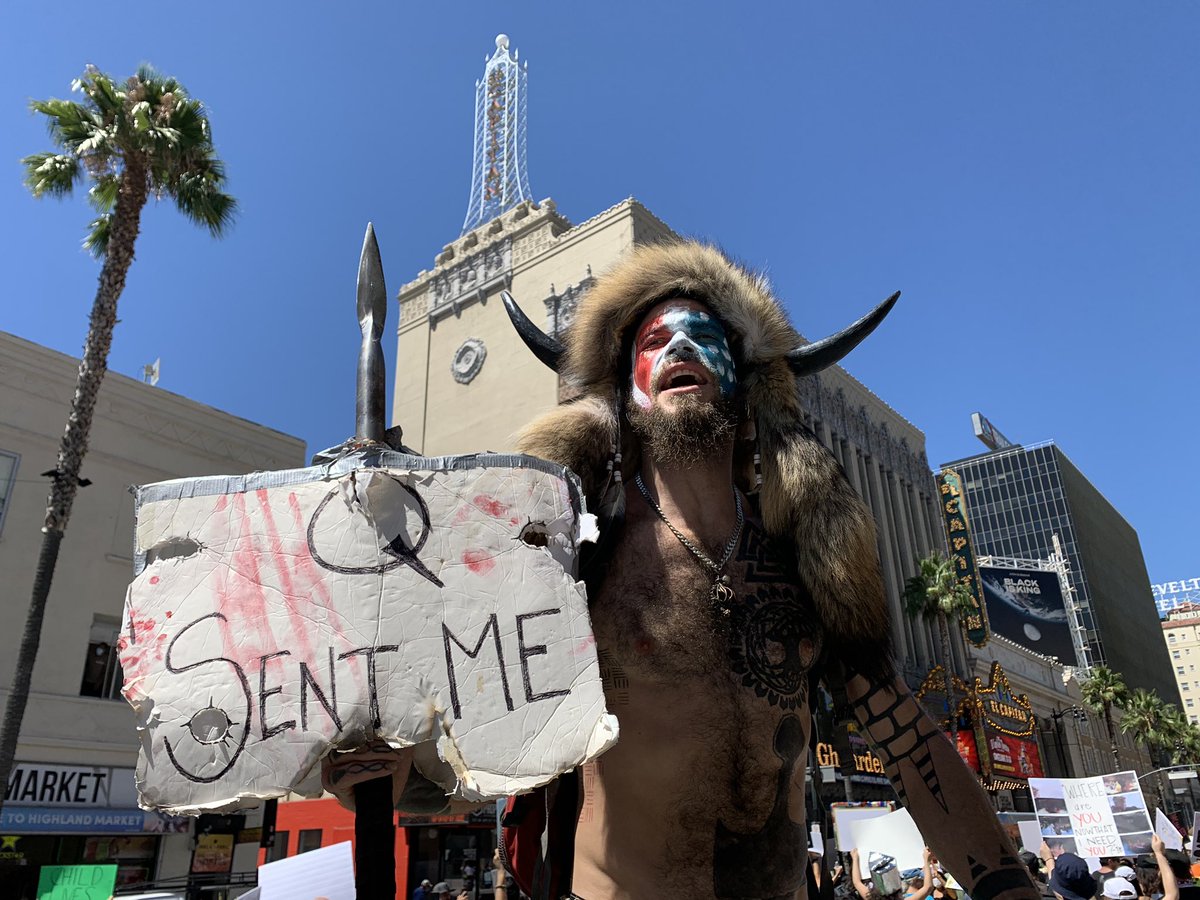 QAnon claims to fight against the deep state and to expose the satanic cabal of the elites, while the truth is that it’s an illuminati psyop orchestrated by the very same satanic elite that this movement is supposed to fight. Q actually stands for Quetzacoalt, the winged serpent, ie the native american version of Satan. 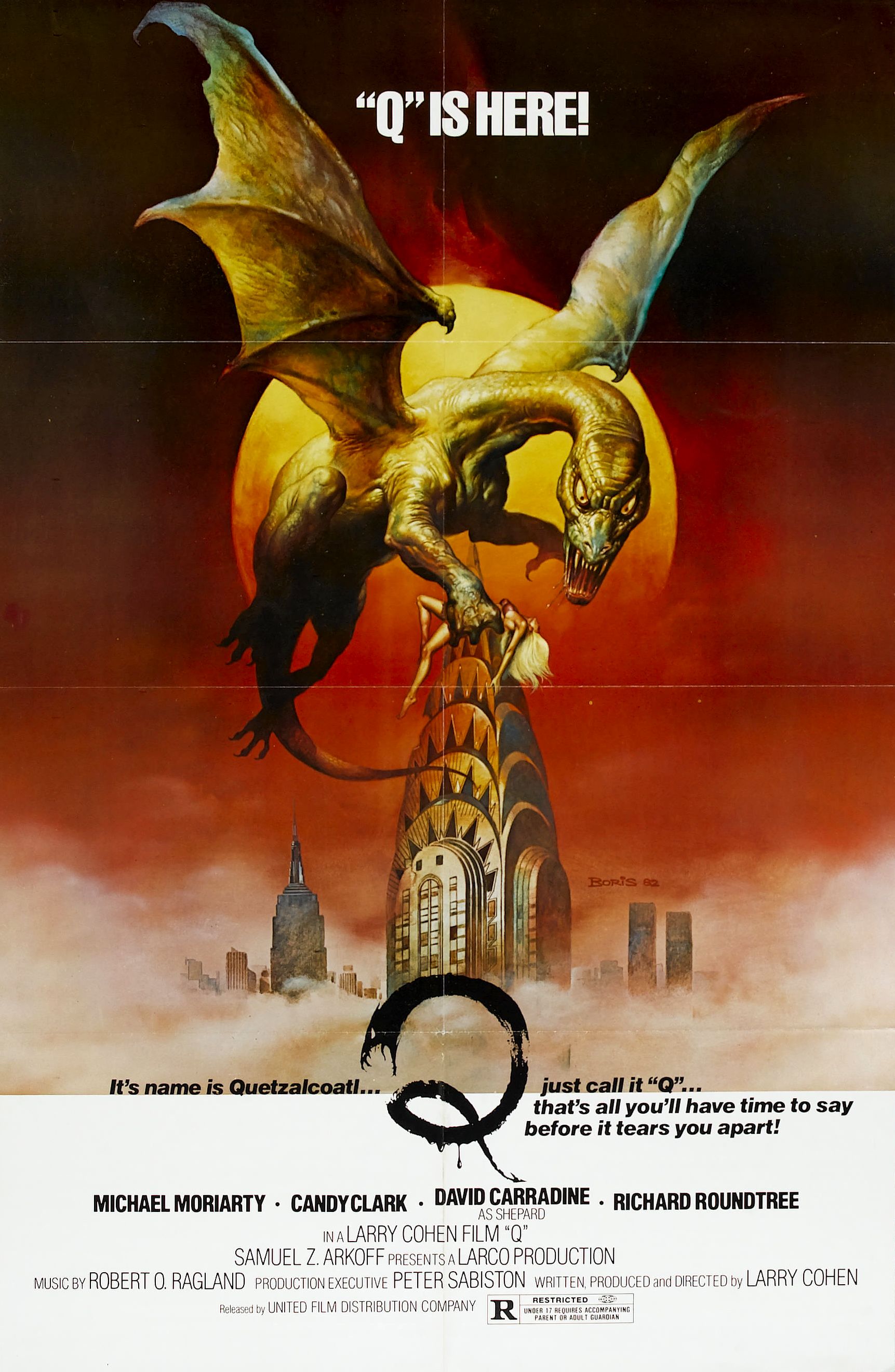 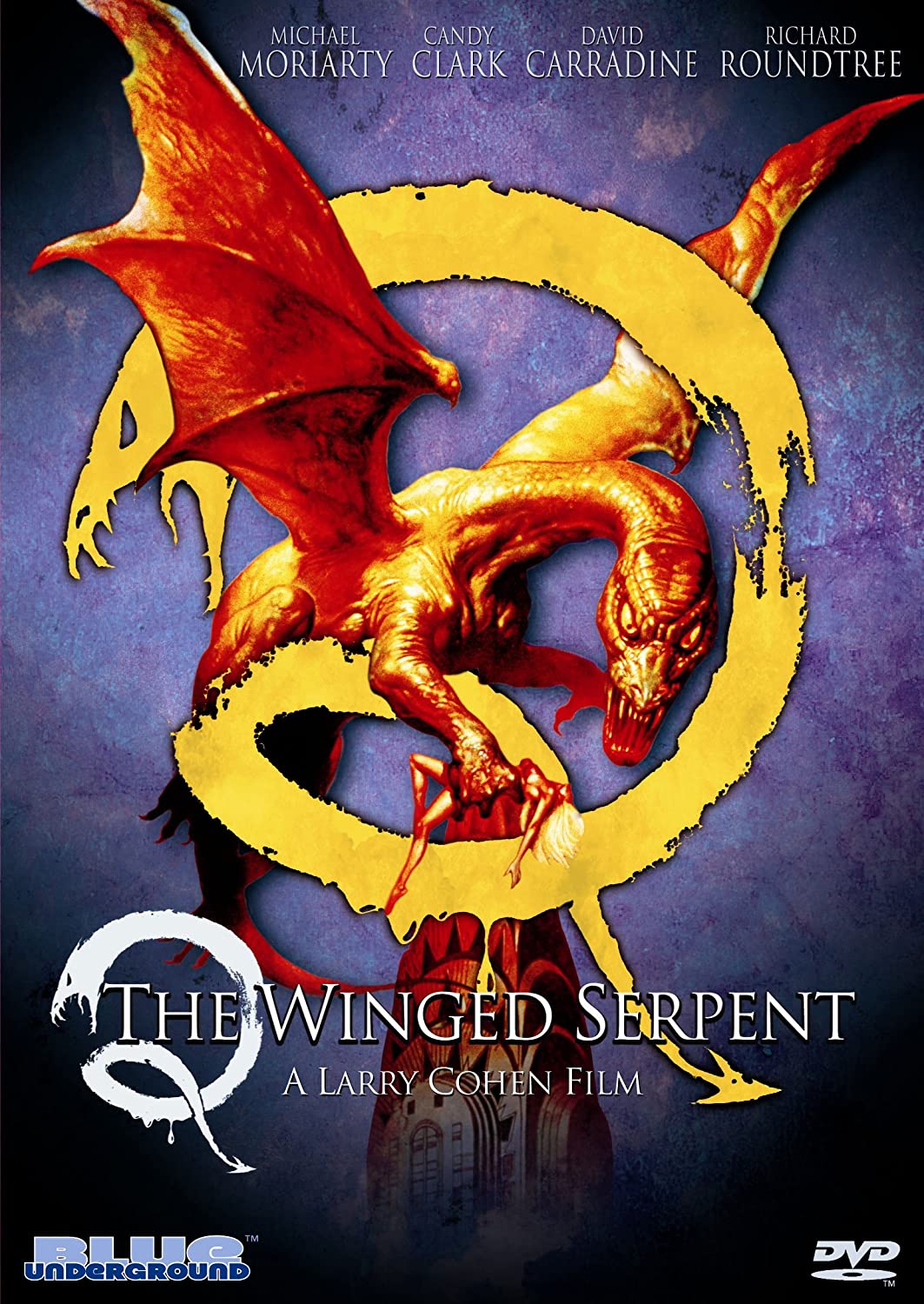 Since the beginning of the Trump era, the number 17 is everywhere in the news. Donald Trump also seems to have a special relationship with this number, which can be explained since this number actually stands for Satan, Donald Trump’s true father.

The number 17 is popping up again and again as a sign that everything actually went as planned by Satan: Trump’s victory in 2016, Trump’s first term, the QAnon movement, the Covid-19 pandemic, the 2020 American presidential election, the massive fraud, the victory of Joe Biden, the non-event of the presidential inauguration day, the witch-hunt that is led against QAnon members and all conspiracy theorists in general, Donald Trump’s empeachment and trial … etc etc.  All these events are actually part of Satan’s plan for the end of time and are pure staging. Democrats, Republicans, MSM, all world leaders… they all contribute to the same satanic plan of deception and all secretly work hand in hand.

We can expect to see from day to day a huge surprise, a big event which will shock the world and ultimately allow the coming back of the Antichrist Donald Trump and his New World Order. It’s precisely  when people think it’s over that things truly begin.

The Beast is yet to come

So stay alert, the plan has not changed at all: WW3, civil war, world revolution, exposure, great reset, new world order, reign of the Antichrist Donald Trump, coming of the false biblical Jesus Christ aka Satan, end of the world. All that I’ve listed WILL HAPPEN FOR SURE, there is no way to avoid these events. 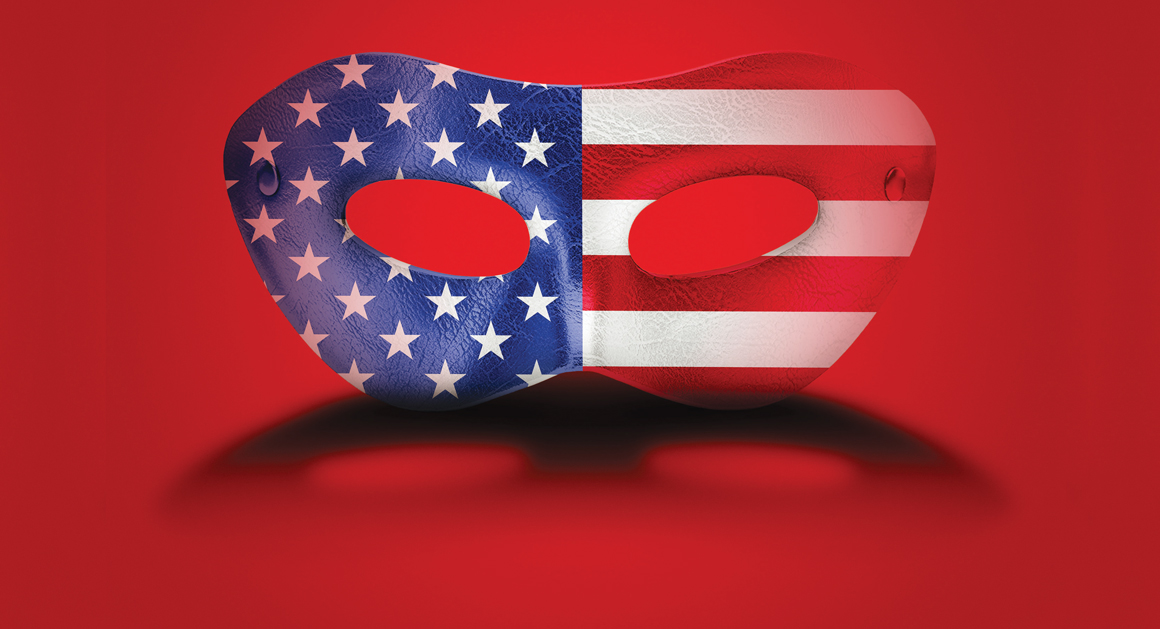 All of this is part of God’s plan, God is testing us through these events and signs in order to see who are the true believers. God is calling us to repent, to come back to Him, to stop our inequities and futilities, to focus on the hereafter instead of this terrestrial life, to let His Spirit enter us in order to receive His direct guidance and healing, to prepare for our encounter with him in Heavan, AND NOT IN THIS WORLD as Satan wants us to believe through the so called second coming of Jesus Christ. God is not Jesus Christ, God is not flesh and does not incarnate as a man. God is the everlasting Mystery, the Invisible, no creature could ever see Him, not even the closest angels such as Michael or Gabriel. 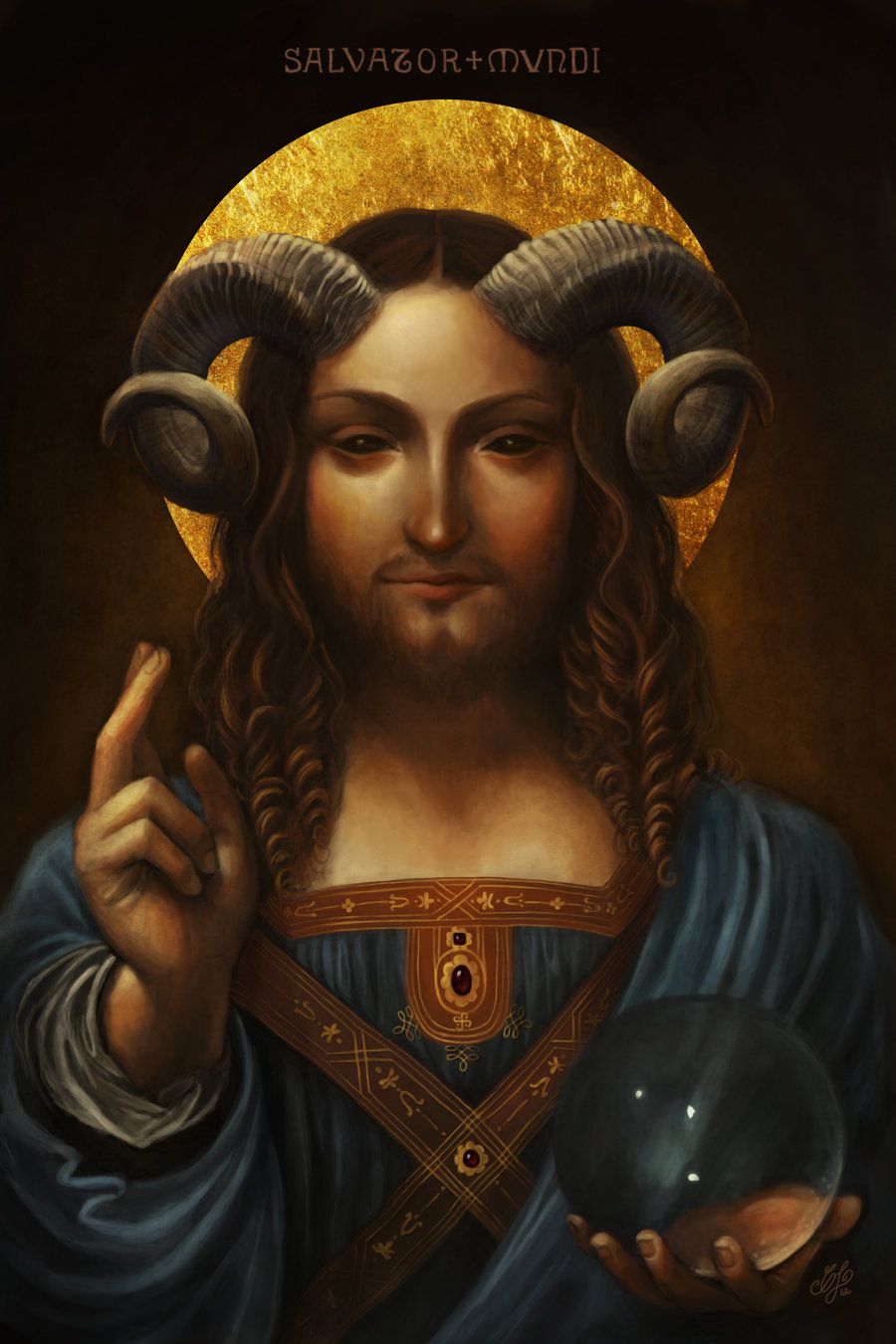 The biblical Jesus is actually Satan, he has nothing to do with the real “Jesus”, the one of the Quran, and who is actually named “Issa”. This Jesus erected as God is none other but Satan himself.

God surprised us all with the fact that WW3 and the take over of the Antichrist Donald Trump did not take place at the announced date, in order to let us one more chance, an extra time to allow us to repent. But those who will not take advantage of this bonus and who will remain in their denial and injustice, will inevitably end up facing God’s Wrath.

We’re actually living a period similar to Noah’s days. A great flood is coming. The Judgement of God is upon us. No traitor, associater, idolater, hypocrite, denier, liar, agressor, trangressor, will escape from God, just like all criminals were destroyed during the days of Noah. Noah persistently warned his people for hundreds and hundreds of years, but they took him for a fool and mocked him and ignored his warnings … and as we all know, they deeply regreted it later. I, YS, God’s messenger, fairly warn you that what has been announced will come to pass for sure, so don’t test God’s limits, don’t remain in your obstination, pride, mockery, and denial.

As I’ve said, we’re seeing this number 17 popping up again and again, which is also a sign of Noah’s days, because it’s precisely on the 17th day of the second month that the flood began. I don’t know if something will happen precisely on Feburary 17th 2021, I do not know the future, it may be something visible or invisible, but surely, something huge is coming soon, and the Wrath of God will fall on those who mocked God’s signs and persisted in their denial.

And it came to pass after seven days, that the waters of the flood were upon the earth.In the six hundredth year of Noah’s life, in the second month, the seventeenth day of the month, the same day were all the fountains of the great deep broken up, and the windows of heaven were opened.And the rain was upon the earth forty days and forty nights.

Another undeniable sign of the cleansing which is about to come is the snow. Worldwide, we’re witnessing record snow falls in all countries and in unexpected places: Japan, South Korea, Spain, UK, Germany, France, Belgium, Netherdlands, USA, Russia, India, Algeria, Saudi Arabia… These records of snow fall are huge signs of God that no genuine believer could miss, they represent the coming purification which is about to strike. 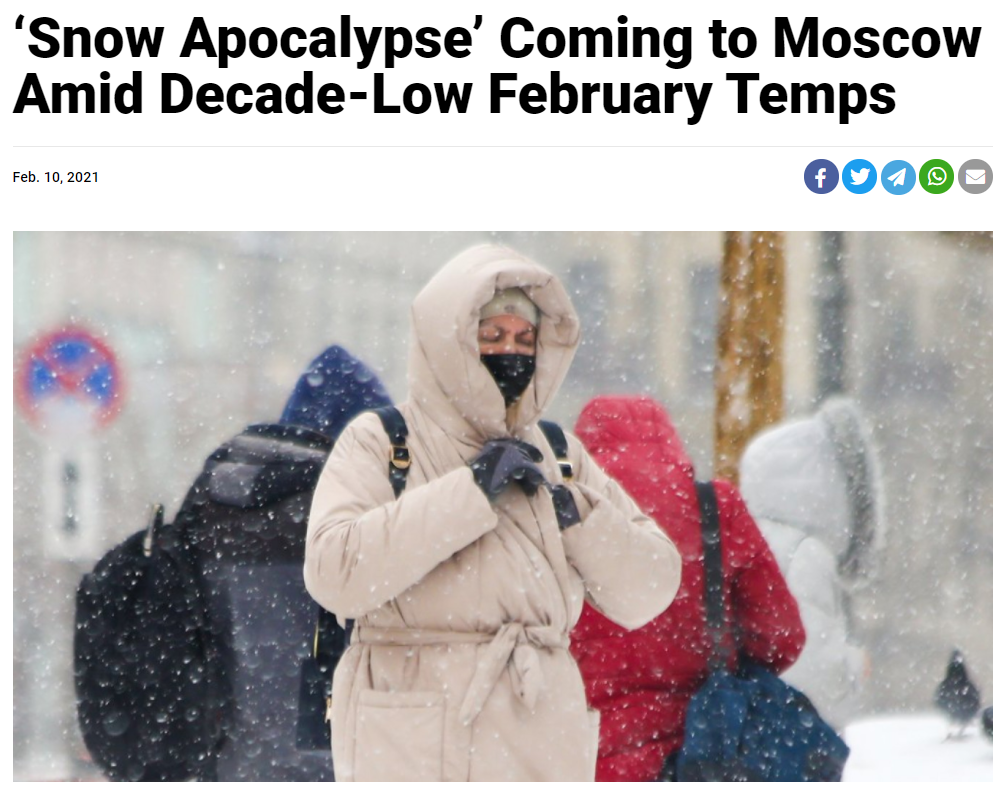 We’ve seen snow in the desert of Sahara and Saudi Arabia, and Shara dust in the snow of the Alps mountains and throughout Europe, a double sign that shows how much God is insisting to have our attention. 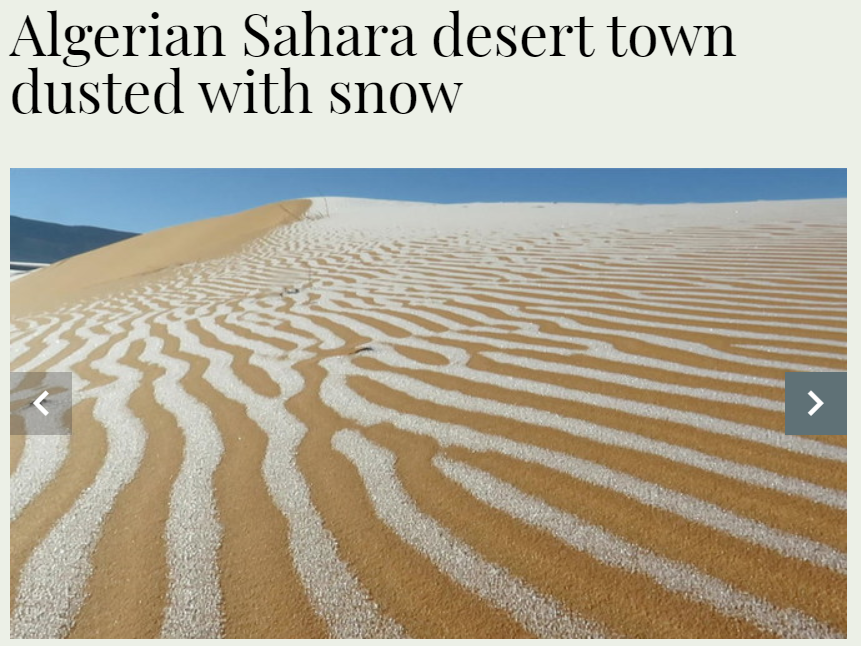 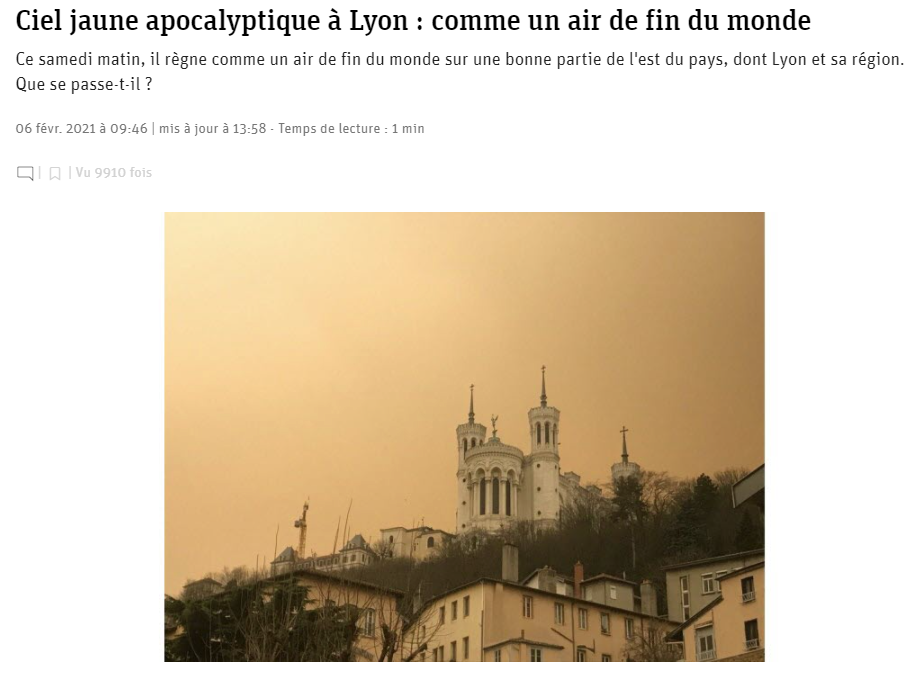 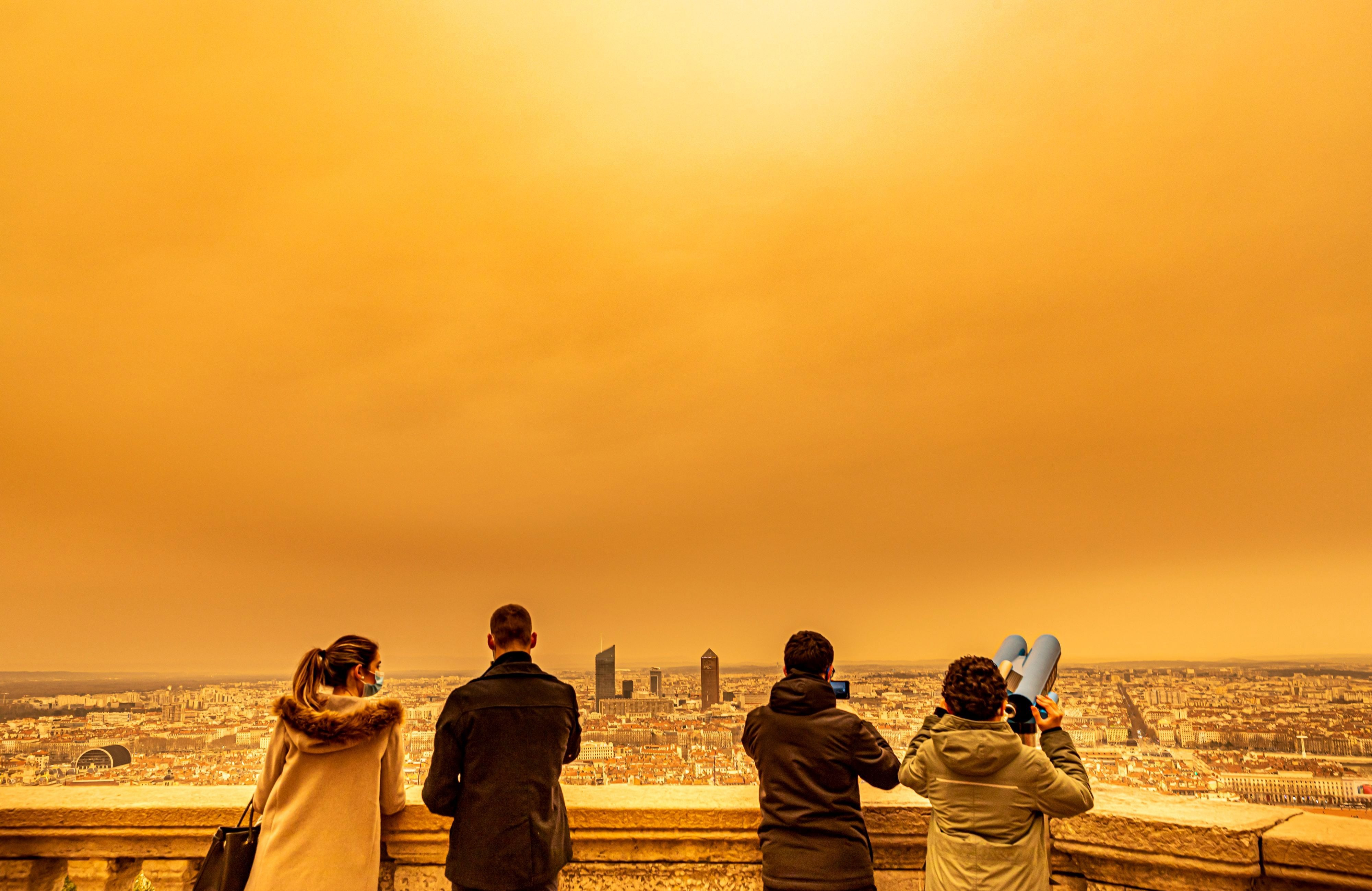 We all know what happened to those who in the past had persistently mocked and denied God’s signs: They all suffered the Wrath of God and died through a violent death. Is this what you want? Because this is precisely what will happen to you if you persist in ignoring God’s call.

We’ve also witnessed these strange storms, deemed as apocalyptical signs marking the end of the world. 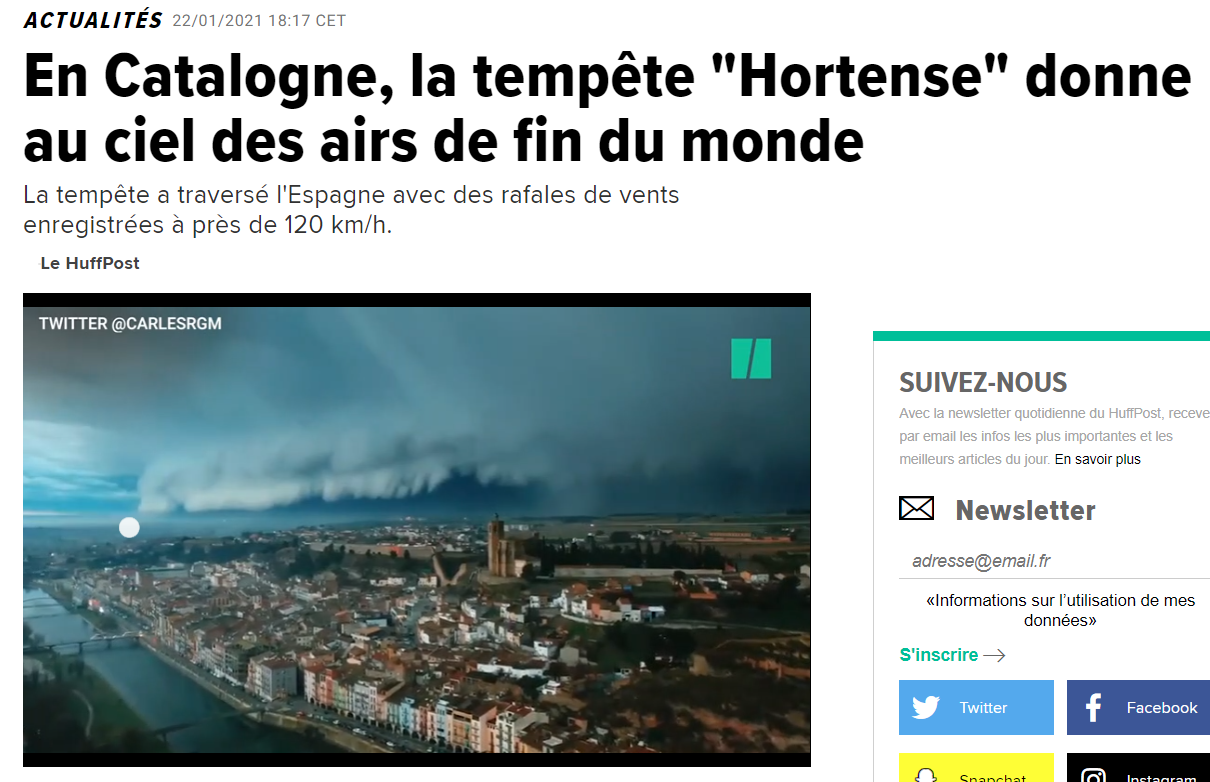 The 2021 Super Bowl was also full of signs as a celebration of the coming reign of Satan on earth and his Antichrist Donald Trump. The game ended precisely when player number 45 received the ball.

45 refers to the Antichrist Donald Trump since he is the 45th president of the United States.

When player 45 received the ball, the game ended, which means that when Donald Trump will come back, and this is for soon, it will be game over for all criminals throughout the world since Donald Trump is 666, the Destroyer.

The NFL player with the number 45 is black and his name is “White”, in reference to the masonic black & white colors which represent Satan’s secret doctrine and the demons in human shape that serve him in secret. 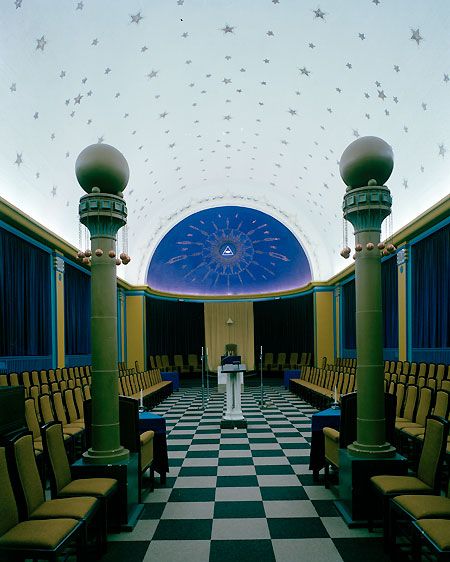 The black & white colors refer to the freemasons, Satan’s servants among men.

As soon as the game was over, White did the 666 sign with his hand and refered to the one eye symbol of Satan. 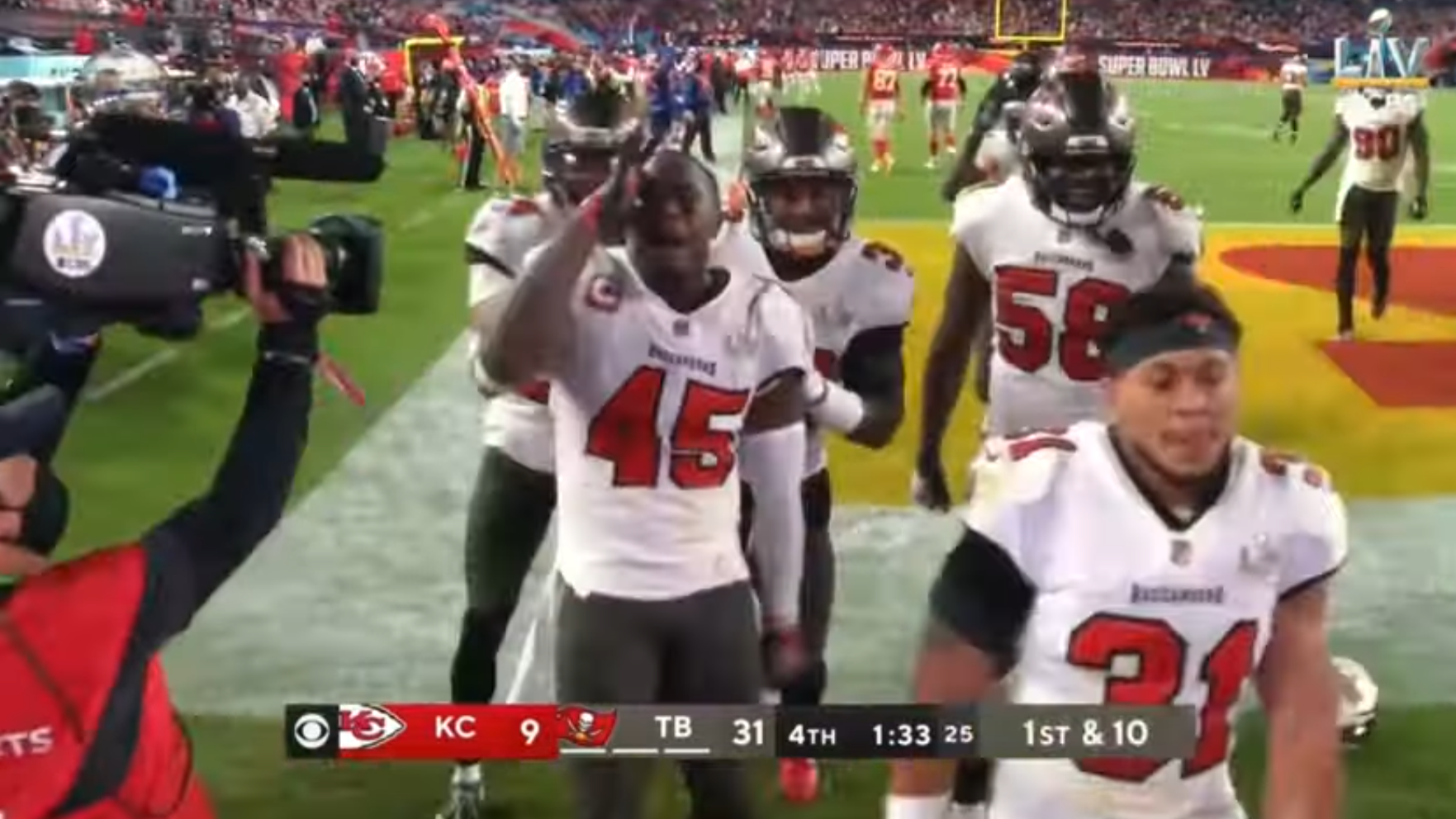 666, symbol of the Antichrist, and the one eye symbol of Satan

The team which has won the 2021 Super Bowl is the Buccaneers. Their logo is the satanic skull & bones, and their original logo is the one of the one-eyed pirat, ie Satan assaulting us. 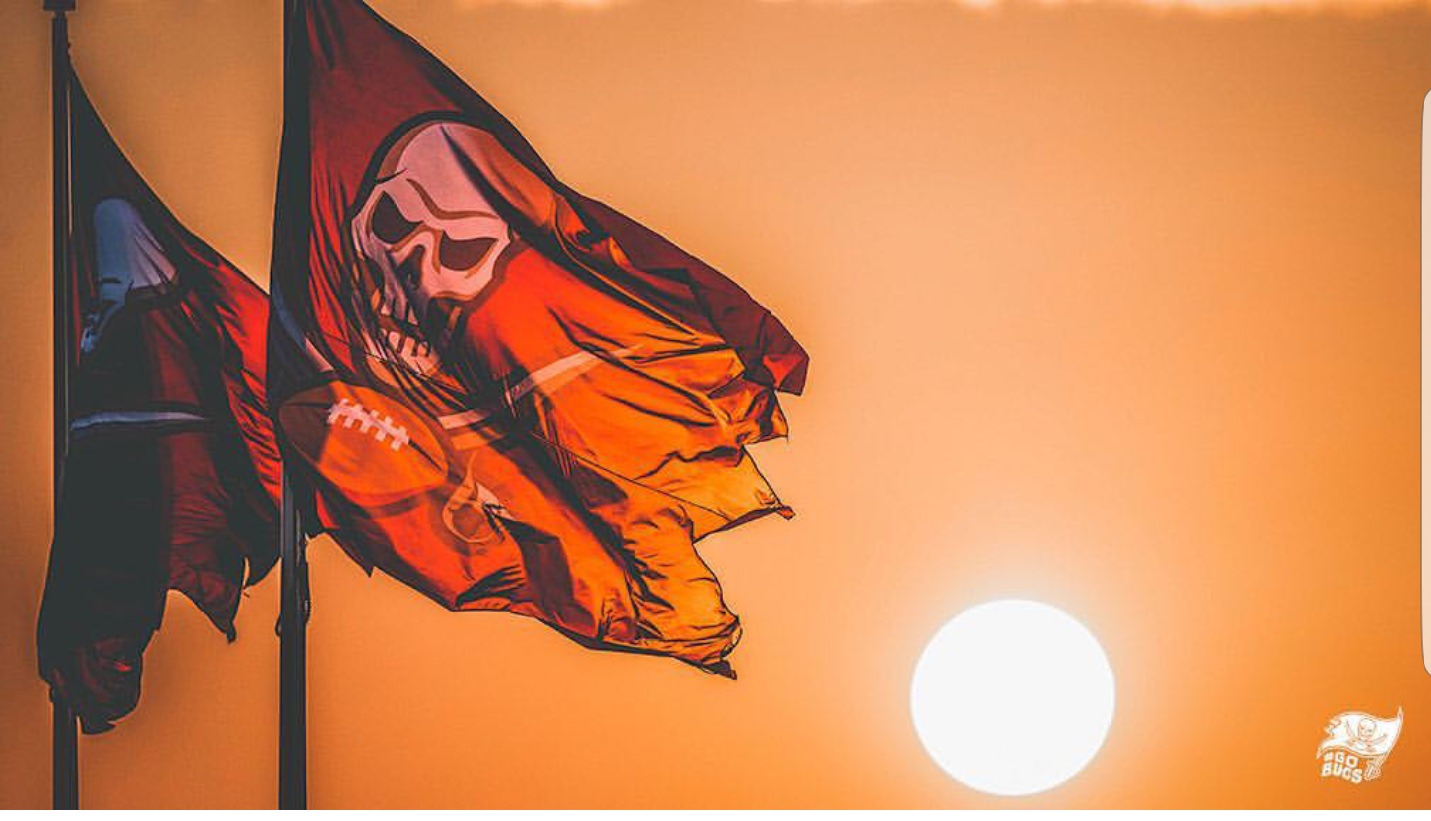 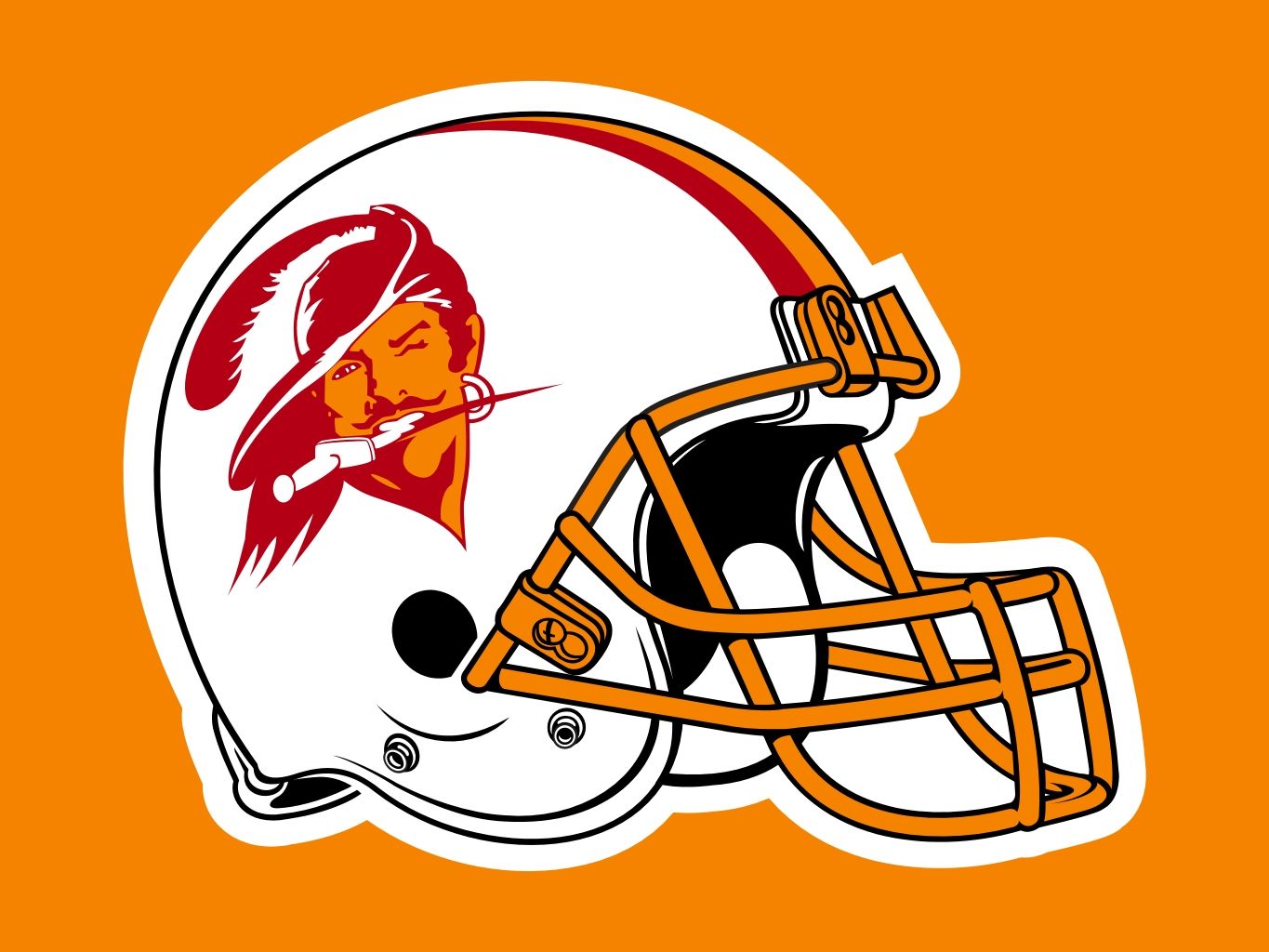 The half time Super Bowl show has celebrated the coming of  Satan and his Antichrist Donald Trump. We can see in this show a demonic figure with red eyes coming from the sky and the army of demons in human shape who are hidden among us and secretly preparing for his arrival. 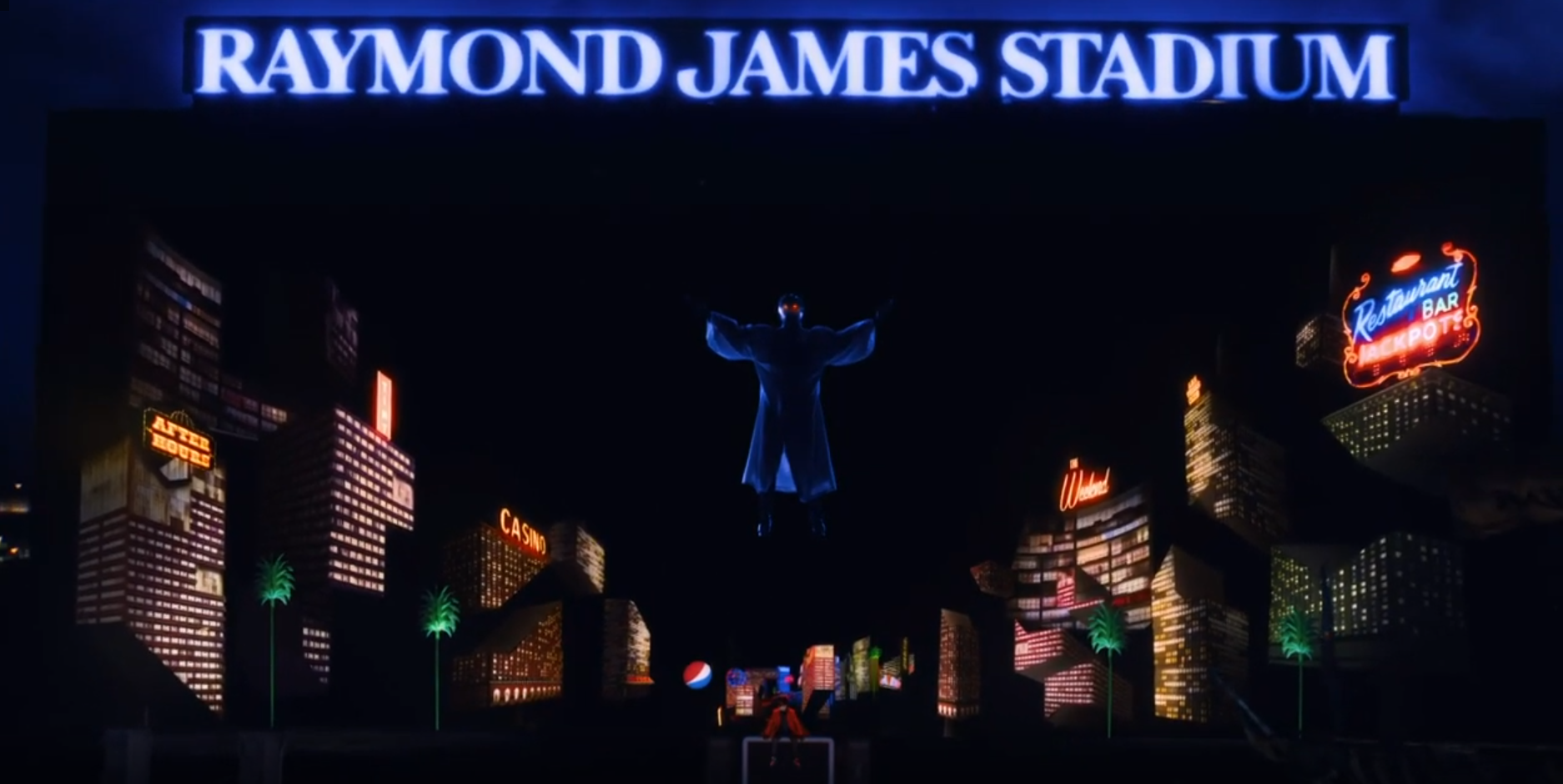 Satan, the fallen angel, descending from the sky

All demons in human shape hidden in the dark, you can just see their red eyes.

Everything that I’ve showed you until now and in this article undeniably proove that something huge is about to pop up. God’s Judgement is upon us. We’re clearly living in the times of the Apocalypse, the end of the world. This period has officialy begun with the presidential inauguration day. Since the non-event of the US presidential election, countless people all around the world have already lost their faith, and are now completely in the dark, just waiting to be harvested. The final test has now begun, the Judgement of God is coming, each one is now alone with his faith to be tested.

I recommend to all believers: be righteous, patient, resilient, careful to God’s signs within you and outside. Do you best to observe God’s Law, repent of your sins, fast, humiliate yourselves for God, don’t give up even if you keep doing sins, resist as far as you can… at least mentally, refuse Satan’s ways and shameful acts,  remain faithful to God, and ignore the mockeries and denial of the wicked. God’s intervention is coming soon, God’s salvation is very close, so you shall prepare for your encounter with God, and rejoice, because soon you’ll receive your full wages as promised by God.